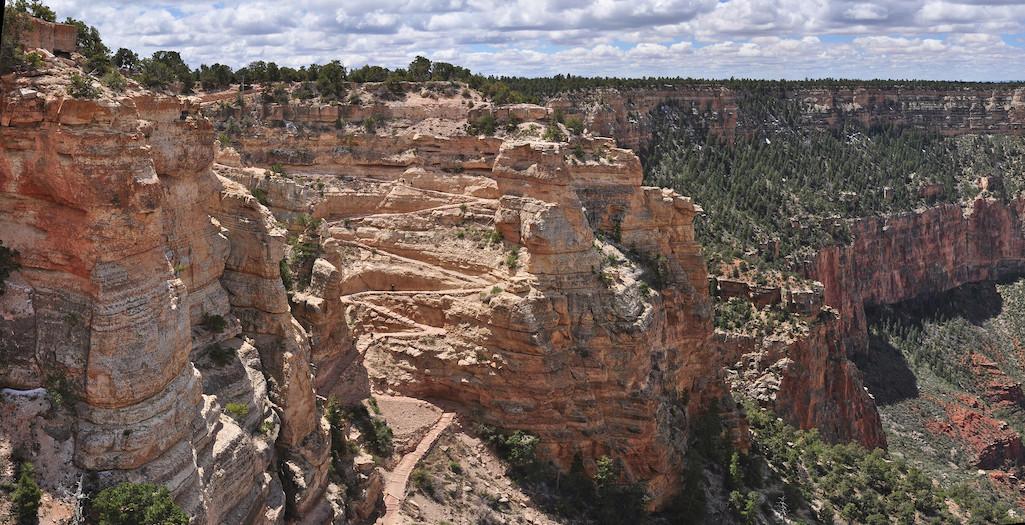 An Illinois man mountaineering up the South Kaibab Path to the South Rim of Grand Canyon Nationwide Park collapsed and died a few half-mile beneath the rim high.

William Smith, 60, of Oswego, Illinois, had hiked all the way down to Ooh Ahh Level, a few mile from the trailhead, and was on his approach again up when he collapsed shortly earlier than 1:30 p.m. Tuesday, a park launch stated. When rangers reached the person bystanders had been performing CPR on Smith. Whereas the rangers took over, makes an attempt to resuscitate the person had been unsuccessful.

An investigation into the incident was being performed by the Nationwide Park Service in coordination with the Coconino County Medical Examiner.

Smith’s demise comes simply days after an Ohio lady on a backpacking trek within the park collapsed and died beneath the South Rim. That incident prompted rangers once more to warn guests to Grand Canyon, and particularly those that deliberate to hike down from the South or North rims, to be ready for excessively scorching days within the coming weeks.

Hearth hazard for Grand Teton Nationwide Park has elevated to “excessive” as a result of scorching, dry situations and climate/USFS…

Images In The Nationwide Parks: Water, Water, All over the place …

The power of agua, Glacier Nationwide Park / Rebecca Latson …However not a drop to drink (paraphrased from the “Rime…